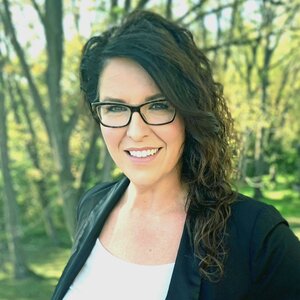 Stephanie Hall currently serves as executive vice president at ACG Equipment Finance (legally BlackRiver Business Capital) and is responsible for syndication, portfolio sale, oversight of credit and funding, compliance and documentation. BlackRiver began as an independent funding source for third-party originators, specializing in challenged credit. In 2017, Hall introduced the company’s managing member to ACG Equipment Finance, which had been one of Hall’s largest and longest-standing originator relationships for a decade while she was with Bryn Mawr Funding. The introduction led to the merger of the two companies, transitioning BlackRiver into a lessor.

Hall works to stay as immersed in the greater industry as possible. She was active in what was formerly the National Association of Equipment Leasing Brokers (currently AACFB) and served on the conference planning committees, educational session panels and as chair of the new member screening committee for the NAELB. She proctors the CLFP exam, has staffed the Foundation’s booth at conferences and assists those studying for the exam by sharing a study guide she created when she was taking the exam herself. She has also stayed involved with NEFA, having chaired a conference, presented in educational sessions, been a member of various committees and contributed to the NEFA Newsline magazine and the former NEFA blog. Additionally, Hall served on the NEFA board of directors beginning as a director in 2013, secretary in 2014, vice president in 2015 and finally as president/chairman of the board in 2016-2017.

“Stephanie’s charisma and love for the industry and the people in it make her unique and valuable,” says James Zelinskie, Jr., president of Bryn Mawr Funding. “More than two years after leaving Bryn Mawr Funding, she still suggests ways for us to further our industry involvement and recommends events to attend. Her work and involvement developed strong relationships that still benefit our organization today.”

Hall feels fortunate that in the early years of her career she had seasoned veterans in the industry provide mentorship and lifelong friendship. Believing it important to pay that kindness forward, she works to make herself available to new industry members in the same way. She is anxious to start a more formal mentorship program, geared toward retaining and empowering the recent influx of young women in the equipment leasing and finance industry.