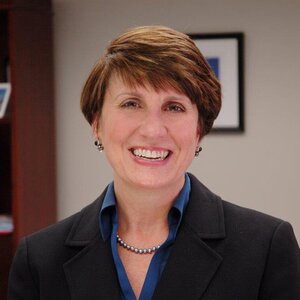 As president at Brandywine Capital Associates, Valerie Jester often acts as more of investor and cheerleader than day-to-day manager, centering her interest on helping the next generation of leaders within Brandywine, the industry, and her community grow into their fullest potential.

Jester’s greatest strengths are in forming partnerships and growing through those alliances. She has been able to capitalize on that strategy in the past, growing and selling two previous enterprises. She views herself primarily as an entrepreneur, unafraid to take risk and fortunate to be supported by a similar type of thinking in the equipment finance and leasing industry at the start of her career, especially 30 years ago when she had the opportunity to start her own business.

Jester has found her involvement with industry associations such as the ELFA, the EAEL and WAEL allowed her to learn from other industry leaders and serve in leadership positions alongside the greats of this business. Consistent work with ELFA led to serving on its board, first as treasurer and eventually as the first female chair of the organization, which she views as the most gratifying experience of her career. It allowed her the chance to help shape the future of the industry’s professional association and highlight an industry that supplies much of the capital that runs the country.

“I am frankly surprised that I have remained the only female chair of the industry for as long as I have and could not be more encouraged by our second chair, Martha Ahlers, assuming her role in October,” says Jester. “I see more and more women involved in ELFA as the years go by, and it is encouraging to see more women in leadership positions both in the industry and on ELFA’s board of directors.”

Outside of the industry, Jester has served on many local organizations’ boards and worked to foster the growth that brought her community into the spotlight as one of the top places to live and work in the United States. Among other projects, she has helped to promote the economic development of West Chester, PA and assisted those less fortunate, feeling that after receiving so much, she should pay it back to both her industry and her hometown.