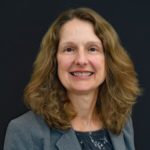 MBA, The University of Chicago Booth School of Business

Jill York followed an unconventional path to her current position as head of equipment finance at Fifth Third Bank. In 2000, she went from being partner at a national CPA firm to taking on the position of CFO at MB Financial, a community bank that had just gone public. She served in that role for almost 16 years before rotating to the business side to lead several of MB’s specialty banking units, including its leasing groups, for three years prior to MB’s merger with Fifth Third.

During her time at MB, she worked side-by-side with CEO Mitch Feiger to complete 19 M&A transactions, including the acquisition of three leasing companies. York also credits Burt Field with teaching her the leasing business. Field was an industry veteran who started MB’s Lease Banking group in the early 1970’s. After MB acquired LaSalle Solutions and Celtic Commercial Finance, York served on the boards of those entities.

York loves running a business and developing strategies to capitalize on growth. The Fifth Third Equipment Finance and legacy MB units each enjoyed much success pre-merger, and the combination has allowed York and her team to build on that success with a broader client offering and specialized capabilities filling product gaps, as well as building scale.

“Jill is generally one of the smartest people in the room, and she brings a quiet confidence and tenacity to fight the battles worth fighting when customers, people and doing the right thing matters most,” says Dave Drury, senior vice president and group head, Fifth Third Equipment Finance. “She is a supportive and inclusive manager that excels in strategic planning and budgeting from her days as a CFO. Through our recent merger, Jill’s leadership in tempering changes and taking measured approaches to systems, process and organizational modifications has certainly benefited the whole organization and our clients.”