The story of Commonwealth Capital Corp. is one of a 32-year evolution. As an income fund offering lucrative investment opportunities to qualified investors on one hand, and a consistent source of funds to the industry on the other, the company’s story is an extraordinary one.

As with many extraordinary stories, the Commonwealth Capital story begins with the vision, creativity and hard work of one individual. In this case, the individual was George S. Springsteen. George, now deceased, began his company, known as Commonwealth Computer Corp., structuring leases, primarily on IT assets.

In time, he formed a relationship with a venerable investment banking house in Philadelphia. With the advent of the 1986 Tax Reform Act and the need to satisfy certain capital requirements, the firm was looking to develop products utilizing leasing structures. George was more than willing to help with his first private placement offering — a $1.5 million fund with a $25,000 minimum investment to high net-worth individuals. 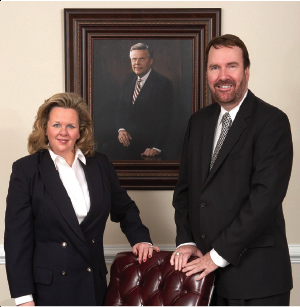 Launching a Legacy
The fund was well received by the firm’s representatives and eventually caught Kim’s attention as well. At the time, she was in the capital investment department at that firm, responsible in part with comparing structures of various programs. “When I started looking at these Commonwealth Funds, I thought to myself, ‘With everything I’ve seen up to this point, this is a very competitive product, it’s pretty leading edge.’” With that, she began to assist George by offering product development advice she acquired in working with other funds’ structures.

After a series of successful private offerings and at Kim’s urging, George offered his first public fund, a $15 million offering, in 1995. The timing was right. She recalls, “The investment firm was poised to merge with a regional brokerage, and that meant he had a whole new audience.”

As beneficial as that broader distribution was for the Commonwealth Funds, she admits it had its drawbacks. “In my opinion, when a large broker becomes the dealer/manager of your funds, the independent thinking process becomes a bit blurred.” Again, Kim challenged George by suggesting Commonwealth become its own broker/dealer, a move that would allow the company to offer its funds independent from any one single brokerage. Indeed, George thought about it and, two years later, called Kim with the proposal that she form, structure and lead Commonwealth’s broker/dealer arm.

As one who practices what she preaches, Kim accepted the challenge. “We started building the selling group and performing due diligence. By 2002, we came out with a $20 million offering working with a selling group of eight different broker/dealers … it took that long for our presence to be acknowledged by the industry. But here we sit today with just about 85 broker/dealer members in our selling group with about 35 national firms selling our product today. We’re 90 associates strong with offices in Florida and Pennsylvania, and we have a dynamic management team and board of directors. And we’ve only just begun,” she says.

And she can’t help but mentioning, “Today, we’re offering a $50 million publicly registered fund along with a $35 million private placement. Recently, we launched a brand new product for shorter-term investors. That’s a $20 million offering. So where George began his whole venture at $1.5 million, we’re now at $105 million. Wouldn’t he be so proud?”

A Trusted Associate Joins Commonwealth
Hank Abbott joined the Commonwealth organization in 1998 as its portfolio manager. He had known George in his early days of leasing at Granite Leasing and, in the years that followed, maintained their professional relationship by structuring several transactions as lender and lessor. Abbott recalls, “In working with George over the years, I quickly learned that his word was his bond. He was a trusted client — never my largest, but always my most reliable. So, when he asked me to join Commonwealth in 1998, I made the move.”

For Hank, the years that followed were personally and professionally satisfying and he recalls the time when George and Kim, who had wed one another in 2000, had a conversation with him that would significantly shape Hank’s professional and, in time, his personal future as well. “Shortly before George’s passing in 2006, he and Kim explained the transition plan for Commonwealth. George told me that Kim would be stepping up as its CEO and that both he and Kim wanted me to take Kim’s former position as president.

“Because of my relationship with George and the fact that I had known and respected Kim for more that 15 years, I was thrilled to have the opportunity to continue building the legacy George had created.”

Meeting Product Demand With a Robust Supply
In their roles as president and chief executive officer, Hank and Kim, work diligently together to maintain a robust demand for their product by investors as well as a steady stream of investment opportunities on the lease funding supply side. Kim explains where Commonwealth’s funds best fit in the investor landscape.

“One thing I’ve come to realize over time is that there is a diverse audience interested in alternative investments and there’s a lot of room out there for both public and private program structures. At Commonwealth, we train everyone from our management, wholesalers and sales personnel to insure that everyone is properly educated as to how one appropriately incorporates an alternative investment into an investor’s portfolio. And in today’s investment environment with the equity side experiencing significant challenges, we are at a very stiff 2.5% with regard to an investor’s total investment pie. We want to make sure that our investors are never faced with liquidity issues.”

On the lease acquisition side, Hank notes that the liquidity issues, particularly in the asset-backed securitization marketplace, have produced an interesting result for Commonwealth. “The traditional sources of funding have had to find a different way of funding themselves. They have done it with varying degrees of success.

“But Commonwealth is raising money in our traditional manner. We also benefit from the fact that we run this company on an all-cash basis with no corporate debt. And since the equities marketplace isn’t functioning particularly well these days, we have more investors coming to us than we’ve ever seen before.”

And he adds, there is plenty of opportunity to deploy that capital in the form of acquisitions. “We’ll never replace the GE Capitals, but in our own small niche, we have the opportunity to do about as much business as we want. We’re taking advantage of that everyday.”

While the current economy has opened up opportunities for Commonwealth, neither is overly concerned about an eventual turnaround adversely impacting their organization. Kim notes, “We’ve opened up new relationships with Fortune 1000 companies we could never get the attention of before and we’re going to stay in these relationships with our unmatched service.”

Though it’s evident that Commonwealth has evolved over the years, Hank still takes the opportunity to give credit where it’s due. “We’ve said a great deal about George’s legacy but, it’s really Kim’s legacy now and I’m proud to have a role in it.”

Redefining Roles
For most people, the intertwining of the roles of president and CEO could present its own set of complexities. Yet as fate would have it, Kim and Hank introduced a new dimension to their relationship by marrying in 2008. While both adeptly met the professional challenges of losing their mentor, the next step in their relationship took both president and CEO a bit off guard, if only in the early stages.

Hank shares, “I guess a little background might be in order. Kim and I both went through a grieving period because I had lost my wife to cancer 15 years earlier. And my stepdaughter and George passed away within a week’s time, both from the same disease. Kim and I would be on the road, reassuring our selling group that we had a continuity plan in place. We found ourselves at dinner, sharing our stories. We had known each other for a long time and to our surprise, a romance began to blossom.”

Kim adds, “I had already known that Hank was a good man with a high level of integrity. To know someone who understands integrity and commitment … well, that’s hard to find.”

We had to ask, how does a president and CEO/husband and wife team find the time to unplug and find balance with work/life issues? Kim says without pause, “I had a great mentor in George. He taught me a life’s lesson about balance before he passed and I learned the lesson well. While both Hank and I give it our all, we also take time to focus on life as well.”

And Hank adds, “We try not to take ourselves too seriously and we make it a point to laugh every day … generally we succeed at that. And we live by a basic philosophy, which, by the way, we bring to our company: Live, work and play. We absolutely live by that philosophy.”

Stuart P. Papavassiliou is senior editor of the Monitor.