Where is Lease Accounting Going?

by Bill Bosco October 2008
With a target completion date of 2011, the Lease Accounting Project is an epic in the making. We asked Bill Bosco to give us the details of what’s happening and where it’s all headed. The writer provides a summary and offers his commentary, which readers will find in italicized text.

The Financial Accounting Standards Board (FASB)/International Accounting Standards Board (IASB) Lease Accounting Project has taken a dramatic turn. At a joint meeting on April 17, the IASB and the FASB made a decision to stop its “clean slate” approach to writing the new lease accounting rule although they continue with the philosophy that lease accounting should be based on lessors and lessees recognizing the rights and obligations in the contract. They use the phrase right-of-use to describe what a lease conveys and what should be accounted for. They decided to use International Accounting Standard (IAS) 17 as the base and amend it to cause lessees to capitalize leases that would have been operating leases under that standard.

In addition, the boards are likely to split the project and only take up lessee accounting, putting lessor accounting into their Revenue Recognition Project. They also want to use as much existing GAAP as possible and limit debate.

All these actions are prompted by the desire to complete lease accounting by 2011, a date when U.S. companies may begin reporting under international accounting standards. They want as many key projects completed by then so that the most important accounting rules will be converged. Another factor in the new direction is that they have not made much progress using the clean slate approach. The plan is for the staff to issue a preliminary views document for public comment in the fourth quarter of this year. This may be aggressive given the change in direction.

This article summarizes the decisions, provides comments and concludes with the impact to the industry.

ISSUE 1:
Overall Approach & Scope
The boards decided to split the project, in effect deferring lessor accounting to a point after they complete their Revenue Recognition project. U.S. lessors would continue to follow FAS 13 until a new rule is written. The completion date would be several years after 2011.

The reasons given for the split included difficulty in dealing with derecognition and revenue recognition issues and urgency to deal with the larger issue of capitalizing operating leases by lessees. The board asked that the staff consider implications to lessor accounting as the lessee project progresses.

They decided to use the IAS 17 finance lease model as the basis for lessee accounting, but recognized that some big decisions need to be made on expense recognition and how to deal with in substance purchases/loans (the former capital leases) versus right-of-use leases (the former operating leases). The finance lease model generally is that all leases would be capitalized on balance sheet with an asset and liability equal to the present value of the payments (payments will include the best estimate of renewals, contingent rents and purchase options — still to be discussed in detail).

The leasing industry has to push hard to get them to adopt the straight line rent expense treatment for right of use leases.

Regarding immaterial leases, they do not want to maintain operating lease accounting rules and would have lessees decide what their individual materiality threshold is.

Lessees would have to decide how to account for and disclose immaterial leases.

ISSUE 2:
Options to Extend or Terminate a Lease
The boards decided that the lessee would determine the “substantive” or “effective” lease term, taking into account the options and the likelihood of their exercise.

This is a major change in their thinking, but it is very similar to current GAAP.

The right-of-use asset and the liability for rentals would be recognized and measured based on this substantive lease term. They decided not to use a threshold like “reasonably certain,” but instead state a principle to determine the lease term and give factors to consider and guidance. They realize they have to deal with how changes in estimates are accounted for.

It was interesting that they did not consider purchase options in this discussion as one would assume that the same process of determining the likelihood of exercise should be applied to purchase options. They did bring it up later but did not discuss it in detail. It shows they have not done enough consideration of the fact that leases with bargain purchase options are in substance purchases/loans.

ISSUE 3:
Contingent Rentals
They agree that contingent rents are a liability and all types of contingent rents, except those based on an interest rate index, should be estimated and included in the payments capitalized by the lessee.

This is a major change in their thinking and far different from current GAAP.

They would exclude interest rate indexed or floating rate leases and use the current GAAP approach where you use the current index to calculate the payments to be capitalized and changes in the index are accounted for on a cash basis. They realize this is a new concept and the staff has to research this further. They realize they have to deal with how to handle changes in estimates.

This approach will be controversial and difficult to deal with.

ISSUE 4:
Lessee’s Measurement of the Right-of-Use Asset and Obligation to Make Rental Payments
The boards decided that the initial measurement for all leases should be the present value of the minimum lease payments as estimated per above, using the lessee’s incremental borrowing rate. They are considering dropping the requirement to compare that present value to the fair value of the leased asset and book the lower of the two with a resulting write-off if the fair value is lower.

This is good for the industry as booking the lower of present value or fair value would have added complexity and possible up front write-downs that would lead lessees to avoid leasing.

They do not see a need to consider using the implicit rate in the lease.

This shows they have not considered that some leases are in substance purchases/loans.

The boards are considering either plant, property and equipment (PP&E) accounting (depreciating the asset and interest expense/loan accounting for the obligation) or straight line rent expense for subsequent accounting. They really want only one expense accounting model but recognize that they need more analysis because we have told them that there are two kinds of leases — in substance purchases/loans (currently known as capital leases) and right-of-use leases (currently known as operating leases). They asked the staff to write a paper after asking for input from the Lease Project Working Group. They want to get rid of lease classification if they can. They want to avoid bright lines.

In my opinion they have two choices: lease classification. They can scope out in substance purchase/loans as they should be accounted for as a loan to buy an asset and account for only right-of-use leases using the straight line rent expense method. The other choice is to have some criteria like the lease classification tests to identify leases versus loans, but then you have two accounting methods —  capital lease accounting and straight line rent expense accounting.

Since they could not make a firm decision they decided that the staff should assume no lease classification and only one profit and loss (P&L) approach being PP&E, but staff should ask for comments from experts and interested parties. They want the staff to use the Working Group to help in arriving at the right approach, and want to consult with the rating agencies as well.

ISSUE 5:
Lease Classification
They would like to do away with lease classification if they can per the discussion above.

Conclusion
The change in direction of the Lease Accounting Project is a negative for the industry on four counts: there will be no stated threshold to carve out immaterial leases from capitalization, the negative lessee changes have been accelerated to 2011, the amounts capitalized by lessees are likely to be more than expected and the anticipated favorable lessor changes will be delayed. The only positive is that leveraged lease accounting’s demise is delayed.

The industry must continue to interface with the FASB to account for right-of-use lease expense as rent on a straight line basis. This method reflects the economic effect of a lease and would simplify lessee accounting and compliance. Accounting complexity and illogical P&L results could cause customers to avoid leasing even though it is the right economic choice to acquire the use of assets. I encourage all readers to comment on the preliminary views document because if you don’t vote, don’t complain. 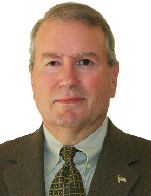 Bill Bosco is the principal of Leasing 101, a lease consulting company. He has more than 34 years experience in the leasing industry. His areas of expertise are accounting, tax, financial analysis, structuring, pricing and training. He has been on the EFLA accounting committee since 1988 and was chairman for ten years. He is a frequent author and speaker on leasing topics. Bosco has been selected to be a member of the FASB/IASB Lease Project Working Group. He can be reached via e-mail at wbleasing101@aol.com or 914-522-3233.

How to be Effective AND Efficient: Driving Productivity at a Digital Finance Company

Everyone has heard the saying about doing things right vs doing the right things. Being really good at doing something that doesn’t matter, doesn’t really have much benefit. But the lesson is not about making a choice; it’s about understanding the two “rights” and doing both to be more productive.