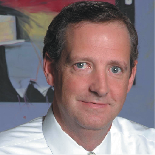 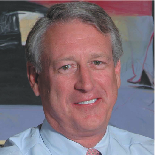 In April 2007, as the Monitor 100 was preparing to go to press, Wachovia announced a major restructuring of its equipment finance business.

As part of the initiative, the company brought in a long-time member of its Richmond banking group, Spence Hamrick, to join acting managing director Mark Trollinger. The new dual-head structure, while unique, was designed to bolster Wachovia Equipment Finance’s expanding foundation by creating separate leadership structures for execution and origination.

The company clearly put a lot of thought into the match. Both Hamrick and Trollinger have built impressive careers at Wachovia, each having spent more than 20 years with the bank. Each has an imaginative and yet deeply grounded view of their role. And while each brings a unique vision and skill set to his position, they are both dedicated company men who understand their unit’s place within the Wachovia franchise.

“We’ve been transforming the business for the past couple years and we wanted to continue to focus on execution and how we deliver to customers, but we also wanted to go deeper on our origination efforts and really move from a marketing organization to a true origination organization,” says Trollinger, explaining the impetus to restructure.

Not that anything was lacking. In the year leading up to the change, Wachovia Equipment Finance posted roughly $3 billion in new business volume and by the end of fiscal 2006 maintained nearly $20 billion in managed assets —  making it the second largest bank-affiliated leasing company in the United States.

Ranking #7 on this year’s Monitor 100, Wachovia Equipment Finance recorded one of the five largest increases in net asset value of all 100 companies.

Commenting on last year’s growth, Trollinger attributed the unit’s success to its ability to leverage the power of the Wachovia franchise. “Wachovia takes a holistic view of meeting our clients’ financing needs,” he says. “Working as part of an integrated platform, we partner across the bank to determine the best financing solutions available and compare them to determine the best fit for each client need.”

Trollinger has been managing director of Equipment Finance since 2003 and has been in the Wachovia (previously First Union) fold since 1984, when he joined North Carolina’s Northwestern Bank right out of college. First Union acquired Northwestern in 1985. 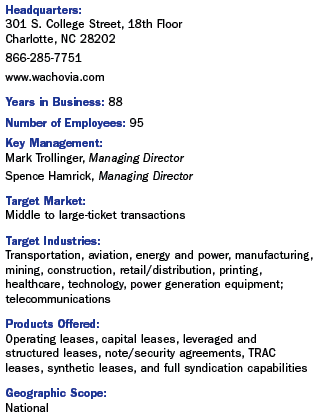 Hamrick has served various roles in the bank’s Richmond offices, most recently as a commercial sales director, and prior to that, regional president. He joined the bank’s Winston-Salem office in 1980 in the General Management Training Program.

A relative newcomer to the leasing segment, Hamrick’s insight is not confined by preconceived notions. Rather, he imparts a broader vision, and sees a strategy focused on Equipment Finance’s symbiotic relationship with the rest of the company. “I have a good feel for how Wachovia is going to market throughout the rest of the franchise and we are lining up the resources to best interface with the rest of our franchise,” he says.

Which explains why he was chosen to manage originations. The company only recently began cross-selling finance platforms to existing customers, and is now beginning to realize the fruits of this initiative. Working with Trollinger, Hamrick is charged with helping bring the plan to fruition.

Signs of the new initiative are evident. For example, last year, the company began referring to its marketing officers as “originations officers.” Explains Trollinger, “We’re really looking closer at the client base, and how we generate opportunities and transactions.”

For the new co-heads of Wachovia Equipment Finance, the concept of sharing leadership responsibilities is not that foreign, and both say it’s a natural extension of the Wachovia philosophy. “We really are emulating the teamwork that we have within the group and although I’ve got execution responsibilities and Spence has origination responsibilities, we cross over all the time,” says Trollinger.

But Hamrick admits that it’s a situation that might not be for everyone. “You can’t discount the collaborative nature of our personalities,” he adds. “I’m guessing a co-head structure can be difficult, in this case it’s been synergistic. There’s a lot of collaboration. What I need I find readily in Mark and his experience, and I help Mark and his team have an appropriate appreciation for what the other groups in the franchise are looking for out of our platform.

“It’s been a wonderful change for me to come over to this platform,” says Hamrick of his transition to Equipment Finance. “The culture that we have here is truly a culture of teamwork, and that’s what has made our platform so successful recently.”

Still, being the second largest bank lessor in the country brings its own challenges. Besides managing runoff and continually generating business, Trollinger says a large group is faced with providing a consistent execution and approach, not to mention competing for capital within the institution.

“Our challenge from my perspective is managing the opportunity,” adds Hamrick. “It really is a matter of Mark and I prioritizing where we want our resources to be focused so we can maximize the opportunity.”

It’s a challenge that both men are looking forward to tackling. “Wachovia is a progressive company that is ever changing; there’s always a lot of opportunity,” says Trollinger. “We’re continuing to grow the franchise organically and geographically. It’s an exciting place to be. I’ve been fortunate to be in an institution that embraces that kind of evolution.”