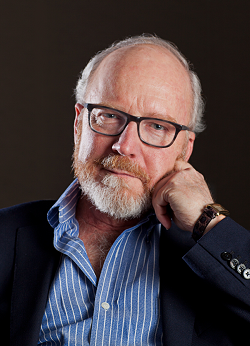 John Hagel III has more than 40 years’ experience as a management consultant, author, speaker and entrepreneur. After recently retiring as a partner from Deloitte, McGraw Hill published his new book, The Journey Beyond Fear, that addresses the psychology of change and he is developing a series of programs to help people navigate through change at many levels. John has founded a new company, Beyond Our Edge, LLC, that works with companies and people who are seeking to anticipate the future and achieve much greater impact.

While at Deloitte, John was the founder and chairman of the Silicon Valley-based Deloitte Center for the Edge, focusing on identifying emerging business opportunities that are not yet on the CEO’s agenda. Before joining Deloitte, John was an independent consultant and writer and prior to that was a principal at McKinsey & Company and a leader of their Strategy Practice as well as the founder of their E-Commerce Practice. John has served as senior vice president of strategy at Atari, Inc., and is the founder of two Silicon Valley startups.

John is also a faculty member at Singularity University where he gives frequent talks on the mounting performance pressure created by digital technology and promising approaches to help traditional companies make the transition from a linear to an exponential world. He is also on the Board of Trustees at the Santa Fe Institute, an organization that conducts leading edge research on complex adaptive systems. He has also led a number of initiatives regarding business transformation with the World Economic Forum.

John is the author of The Power of Pull, published by Basic Books in April 2010. He is also the author of a series of best-selling business books, Net Gain, Net Worth, Out of the Box, and The Only Sustainable Edge. He is widely published and quoted in major business publications including The Economist, Fortune, Forbes, Business Week, Financial Times, and Wall Street Journal, as well as general media like the New York Times, NBC and BBC. He has won two awards from Harvard Business Review for best articles in that publication and has been recognized as an industry thought leader by a variety of publications and institutions, including the World Economic Forum and Business Week.

John has his own website at www.johnhagel.com, and for many years wrote personal blogs at www.edgeperspectives.typepad.com as well as contributing postings on the Harvard Business Review, Fortune and Techonomy websites. He is active in social media and can be followed on Twitter at @jhagel and on LinkedIn at https://www.linkedin.com/in/jhagel/