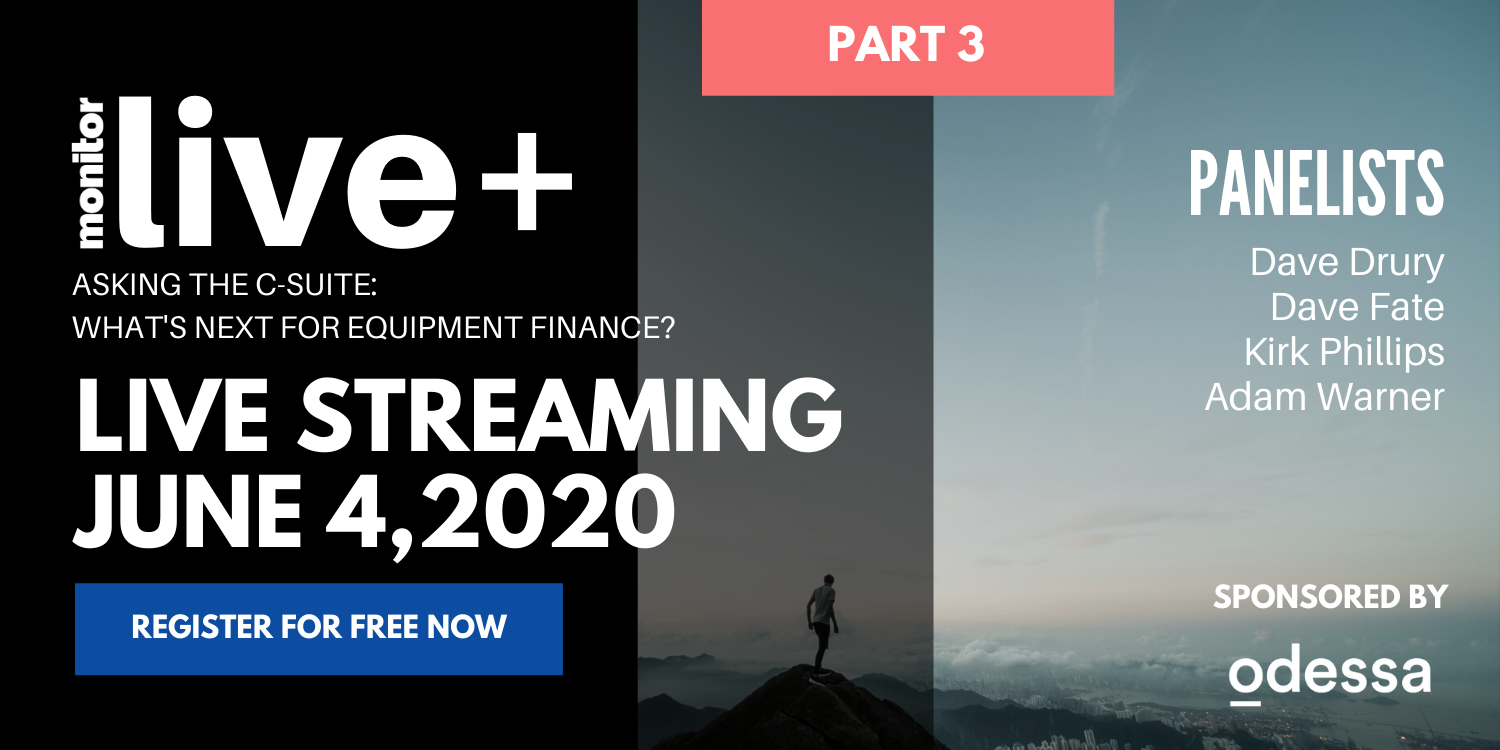 Monitor Live+ CSuite Series is a virtual 3 part series focused on what’s next for the equipment finance industry as we emerge from the pandemic.

Register now! Can’t make the live event? No need to worry.
We will provide recordings to everyone who registers. 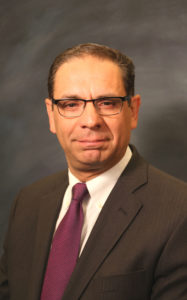 Vincent Belcastro is a senior banking executive with a diverse background in a wide array of sectors in commercial lending, risk analysis and valuations in both the middle market and the large corporate sectors. He has an entrepreneurial background with strong expertise in managing new business, operational and strategic platforms. This represents a unique background when coupled with strong credit risk management experience and processes. He has been successful in launching and managing several de-novo new business platforms within large financial institutions. He has also successfully consolidated both business platforms and portfolio acquisitions throughout his career. Currently, Belcastro is the group head Syndications at Element Fleet Finance, responsible for the build out and growth of a group that will focus on financing and sell side activities for structured equipment lending and leasing. Prior to this role Belcastro started a large-term lending business at Santander Bank where he served as Group Head of Equipment Finance. He spent a large part of his career at CIT Group and served in a variety of senior relationship management positions at Citibank. He is a member of Monitor’s Editorial Board. 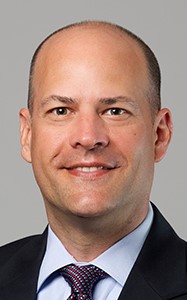 David M. Drury is senior vice president and Equipment Finance group head at Fifth Third Bank, N.A. He is responsible for leading Fifth Third’s Equipment Finance direct originations teams, including its LaSalle Leasing and Celtic Commercial Finance divisions. He is also responsible for leading the Equipment Finance unit’s indirect origination, syndication, pricing and documentation teams, and the execution of the groups’ strategic efforts.
Drury joined Fifth Third Bank in March 2019 through the Bank’s acquisition of MB Financial Bank, where he previously was managing director and group head of MB Equipment Finance, LLC. Drury has more than thirty years’ experience in the equipment finance industry. Previously, he held leadership positions at Cole Taylor Equipment Finance and General Electric Capital Corporation, and management, individual contributor and underwriting roles at Mellon US Leasing and Banc of America Leasing & Capital, among others.
Drury is a Member of the Equipment Leasing and Finance Association (ELFA), past Chairman of the ELFA’s National Funding Conference Committee, and current member of the ELFA Equality Committee. 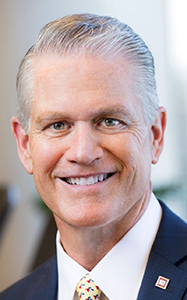 Dave is the founder, president and chief executive officer of Stonebriar Commercial Finance providing leadership and oversight over all aspects of the business. With over 35 years of industry experience, Fate created and launched Stonebriar with capital backing from Eldridge Industries and Security Benefit Corporation in March of 2015. Fate currently leads a team of 47 professionals focused on originating transactions through multiple channels including direct clients, OEMs and strategic partner relationships.
Stonebriar provides lease and finance products to a wide range of industries including rail, aviation, marine, transportation, energy, manufacturing and real estate. Since launching Stonebriar he has led the team on a phenomenal growth trajectory culminating in Stonebriar achieving an investment grade corporate credit rating while building a highly profitable $2.8 billion portfolio. During that time Stonebriar has issued six ABS transactions approximating $3B with the top traches rated AAA on the last three issuances. Stonebriar is proud to have over 40 institutional investors including some of the largest global asset managers, pension funds and insurance companies.
In October 2019 Stonebriar completed its inaugural $150 million Investment Grade Unsecured private placement to further diversify its funding sources. Fate previously played key leadership roles in the successful startup of $3.5 billion AIG Commercial Asset Finance and $3.2 billion Transamerica Equipment Finance. He began his career in 1982 as a credit analyst with CIT in Wichita, KS.
Fate has been a strong ELFA industry advocate during his career having served on various ELFA committees, the board of the ELFA Foundation and is currently a member of the ELFA Executive Committee. He currently is actively involved in the ELFA’s Emerging Talent and Women’s Counsel initiatives. In 2018 Fate was awarded the first ever Monitor MVP award. 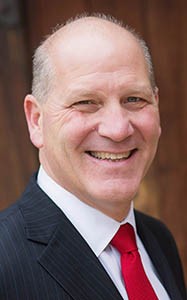 Kirk Phillips is president, CEO and co-founder of Wintrust Commercial Finance, a subsidiary of Wintrust Financial Corporation. Phillips has spent over 30 years in the commercial finance industry, beginning with ITT Commercial Finance. Phillips was on the team that started up two highly successful de novo commercial finance companies, Transamerica Equipment Financial Services and AIG Commercial Equipment Finance. He held leadership positions as senior vice president of national Direct Originations, as well as, head of the Marine Finance Group. Philips managed the integration of the Commercial Asset Finance division into the Private Placements Group of AIG Investments where he held the position of Managing Director.
In 2015, Phillips joined with long time colleagues to form Wintrust Commercial Finance which is focused on providing loans and leases to middle market companies throughout the US and Canada.
Phillips has been a speaker at a number of conferences. He has served as Chairman of the Equipment Finance and Leasing Association’s Financial Institutions Business Steering Council and has served on the Membership Committee and ELFA Advocacy Committee. 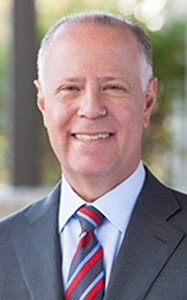 Adam D. Warner is president of Key Equipment Finance. He is responsible for all of Key Equipment Finance’s commercial and bank-based equipment lease and finance efforts; as well as equipment finance programs for the technology, energy, healthcare, industrial and government vertical market segments. He oversees the equipment finance programs for all of the company’s vendor customers, including equipment manufacturers and distributors; and for the company’s specialty finance and distribution services unit.
Prior to being named president in 2007, Warner served as president and chief operating officer of Key Equipment Finance’s commercial leasing services business. Previously, Warner worked as senior vice president of sales and marketing at Mellon Leasing Corporation. Prior to that position, he was vice president and chief operating officer. He also held the position of operations manager at McDonnell Douglas Finance Corp.
Warner is a former Chairman of the Equipment Leasing and Finance Association’s board of directors and executive committee. He is also a member of the Leeds School of Business Board of Alumni and Friends at the University of Colorado Boulder. 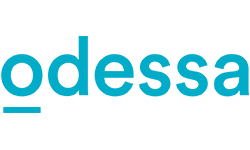