Aircraft Leasing has grown in popularity over the past decade due to the changing demands of the airline industry, including the need for greater cash flow and for a flexible and regularly updated fleet. Aircraft operators opt for aircraft leasing usually to escape the huge cost involved in purchasing an aircraft or to meet the short duration increased traffic.

Amount of aircraft deliveries which doubled in 2015 as compared to 2010 is expected to drive the leasing market in coming future. Looking ahead, the next six years are expected to bring robust, though slower, growth in airplane delivery financing requirements. 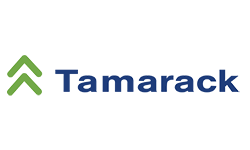 The equipment finance industry has been notably slow to embrace newer technologies. For many companies, COVID-19 has exposed crucial technological gaps in business tools, systems and processes. But lenders can utilize their real-time struggles to accelerate digital transformation and enhance... read more