Chesswood said the first quarter was most notable for strong originations, growing operating earnings and a gain on the sale of EcoHome Financial, which was completed in February. While a significant portion of the increase in net income was attributable to the gain on sale of EcoHome Financial, the healthy increases in operating income and Adjusted EBITDA were entirely the result of growth in our operating businesses.

Chesswood Group operates in the financial services industry with operating businesses in both Canada and the U.S. encompassing Pawnee Leasing, Windset Capital and Blue Chip Leasing.

“Our operations continue to generate increasing profitability as our portfolios expand” said Barry Shafran, Chesswood’s president and CEO. “This quarter’s results also reflect our gain on the sale of our former EcoHome Financial consumer business, a gain we shared with our shareholders through a special dividend paid in March,” Shafran added. 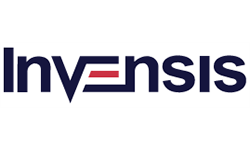 The Equipment Leasing and Finance Association has been making major moves to address the subject of diversity, equity and inclusion (DE&I) within the equipment finance industry. Recently, the ELFA hosted its first annual Equity Forum, a two-day conference in Washington,... read more