Economy and Healthcare Are Top Small Business Issues in 2020 Election

According to a new national election survey of small business owners by OnDeck, the economy (14.9%) remains the top issue for small business owners, with health care (10.2%) moving up to second as an area of importance, replacing immigration (8.9%), which dropped to third.

Overall, 63% of small business respondents now feel optimistic about the outlook for the economy, up from 57% in OnDeck’s survey last September. 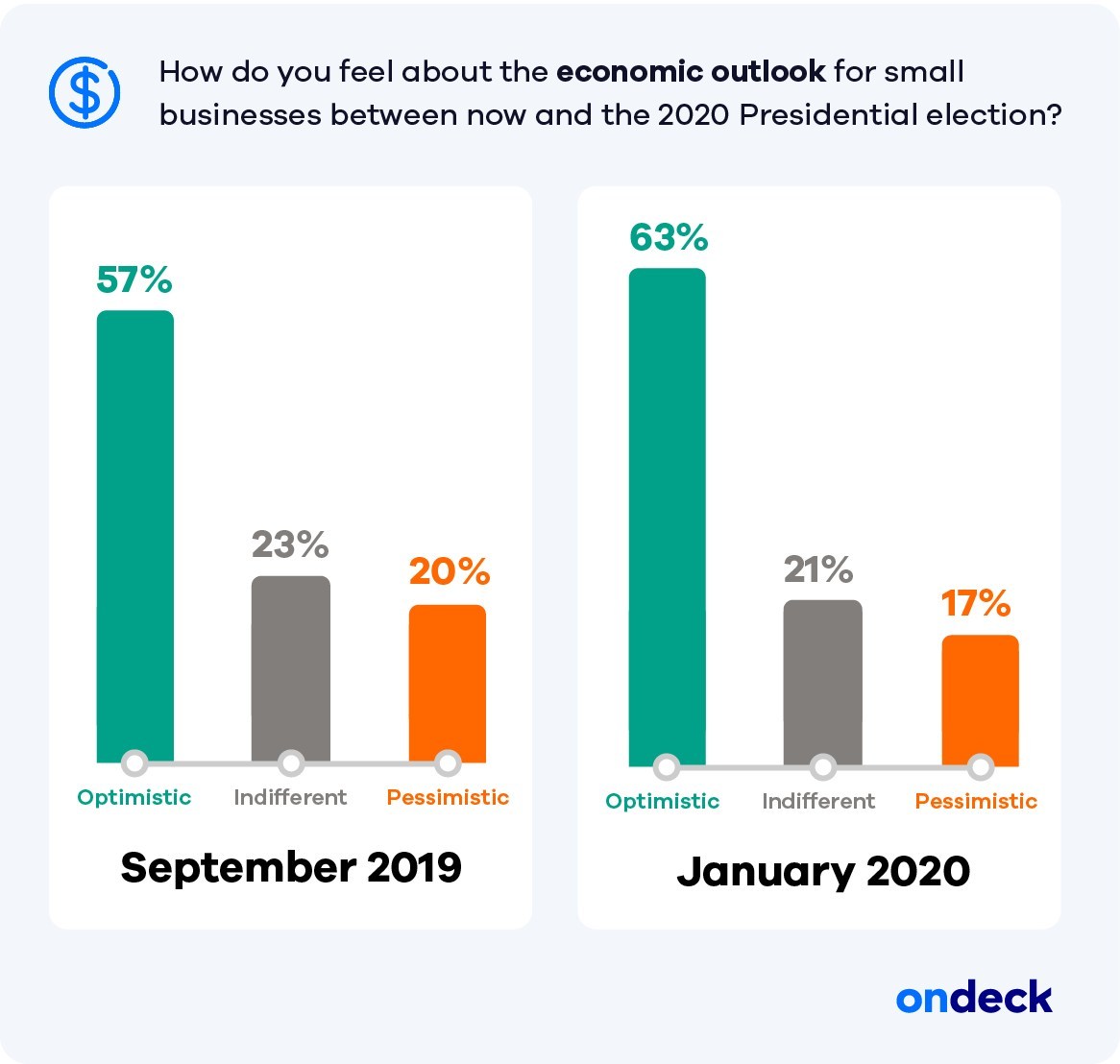 The survey was conducted earlier this month by OnDeck and shows Sanders at 12.7%, up from 8.7% in OnDeck’s September 2019 presidential election survey.  Biden remains in first place, but support among small business owners fell from 18% to 14.9%.

In addition to the tightening battle between Biden and Sanders, former New York City Mayor and businessman Mike Bloomberg appears to be gaining favor among small business respondents, garnering 5.5% to nudge close to Senator Elizabeth Warren, who is in third place at 6.1%.

Overall, President Trump remains the preferred choice of the small business owner respondents, tallying 40.7%, up from 37% in September of 2019.

The OnDeck survey released today is the second in a series from the nation’s largest online small business lender that focuses solely on small business owner preferences ahead of the 2020 Presidential election. Small businesses are a crucial and economically vital voting bloc, representing 99% of businesses in the United States and employing almost 60 million people, roughly half of the U.S. workforce.

The OnDeck survey of 716 small business owners was conducted from January 6 to January 15, 2020 and included respondents in all 50 states and from a diverse set of industries. The margin of error was 3.66%.

Lessee-Lessor Relationships are More Important Than Ever

By Mike Hamilton and Rob Hoysgaard

In an environment with constant senior management turnover, there is more pressure to perform and meet expectations than ever. Many CFOs and other senior-level management personnel have not been in their positions very long. The days of relying on established... read more

Bringing an Analytical Mindset to Your Organization

Grays Sports Almanac. For many of you, especially those in your 40s like me, that name probably rings a familiar bell as the book played a crucial role in “Back to the Future Part II,” when Marty McFly (Michael J.... read more