The Equipment Leasing & Finance Foundation released the April 2019 Monthly Confidence Index for the Equipment Finance Industry (MCI-EFI). Overall, confidence in the equipment finance market decreased in April after two consecutive months’ increases to 58.3, down from the March index of 60.4.

When asked about the outlook for the future, MCI-EFI survey respondent Quentin Cote, CLFP, president, Mintaka Financial, said, “Low unemployment continues to fuel consumer strength, and seems to be propelling the market forward. I am concerned about the deficit and potential inflation, and their impact on interest rates.”

Designed to collect leadership data, the index reports a qualitative assessment of both the prevailing business conditions and expectations for the future as reported by key executives from the $1 trillion equipment finance sector. 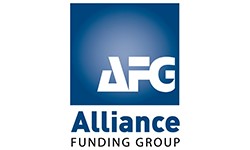 Selling Software for Three Decades — Has It Changed in the Digital Era?

Some principles of selling have always been the same. For me, listening and confirming what a customer/prospect is asking for is my golden rule. But what is being sold today and the value proposition, technology and approach are significantly different... read more

Fraud generally does not involve violence or force but instead arises from intentionally misplaced expectations. Common themes include deception, misdirection and reliance on the good faith of victims. Indeed, the “con man” moniker derives from the phrase “confidence man.” This... read more