by Amanda L. Gutshall January/February 2011
Six months after taking over the reigns at SunTrust Equipment Finance & Leasing as president, Ken Turner is geared to expand the bank subsidiary by diversifying its balance sheet, optimizing the company’s business mix and growing its market share.

In mid-July 2010, SunTrust Banks announced that it hired Ken Turner as president of its SunTrust Equipment Finance & Leasing subsidiary, which provides equipment financing to businesses and municipalities. Located at the subsidiary’s headquarters office in Towson, MD, Turner was poised to begin another chapter in his now 20-year equipment finance and leasing career. 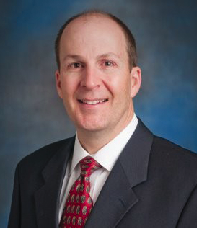 It all began in 1991. After earning a Master’s degree in Finance from Michigan State University, Turner joined NCR Corporation as an underwriter to work in its finance group, one that included the captive finance company, called NCR Credit Corp. Soon after he started, the company was acquired by AT&T, and the group became part of AT&T Capital. At that time, Turner worked in the Dayton, OH office and remained there for five years.

He says, “I found myself in this leasing business in what was then the second largest leasing company in the country … and I decided I liked it.” He chose the leasing path after about a year with the company “and it’s been a great track,” he says. In Dayton, he was promoted to senior underwriter, until he decided to move on to Parsippany, NJ, AT&T Group’s headquarters at the time. Once there, he took increasing credit roles, eventually becoming senior credit manager for a portion of the U.S. From 1995 to 1999, he moved throughout the company adding various team leader roles as well as an operational management role for groups consisting of the documentation, credit underwriters and others. By 1999, Turner was named head of operations for AT&T Credit Small Ticket Group.

Soon after, Turner was recruited to join Advanta Bank, based in Philadelphia as its credit risk officer of Advanta Leasing. This proved to be his “entré into the bank-owned equipment finance space, which was exciting to me,” he says. According to Turner, Advanta planned to expand the leasing division and his team worked to do that as well as automate the group. However, in 2001, during the last smaller economic downturn, Advanta decided to focus on its main business of credit cards — shutting down the equipment leasing group as well as other divisions.

In response, Turner moved forward to Key Equipment Finance in 2001. For the next five years, he ran Key EF’s operations in Albany, NY, before moving to Colorado in 2006 to take over Key’s commercial sales group. In mid-2009, he was promoted to head of Key’s national sales group, which included, he says, commercial and vendor sales.

Armed with a multitude of experience, Turner was hired by SunTrust in July 2010, moving to Maryland, in what he says, was the perfect time for all involved. “I knew SunTrust. One of the great things about the equipment finance industry is that your biggest competitors are also, in many ways, your best partners.”

Because of his connections with the Equipment Leasing and Finance Association (ELFA), he knew the company and its team, which added to the draw. “SunTrust had always been a formidable competitor but also a very good partner in the syndication world. It really came up at a time where I was feeling like the economy had reached the low point, where things were starting to turn around. New business acquisition was starting to pick up. I felt, what a great time for me to be able to join an organization that was sharing with me a vision for growth, for taking advantage of the opportunity to see an improving economy, an improving acquisition landscape with a national strategy, with a very strongly integrated bank partnership, which was something I was very accustomed to… I felt the timing was right, and I saw a very good fit.”

This good fit for Turner is in addition to the group’s already established strengths. “We have a very solid vertical expertise in a few big equipment segments. We’re very big in the public sector, transportation and construction markets, so those are strengths for us,” he notes.

In addition, SunTrust, has a “sound generalist philosophy — we support all aspects of the markets, assets, industries — we have a lot of breadth and scope that is very solid. We also pride ourselves on exceptional client services — and a very resilient team. This is a very senior group, which was attractive to me. This team has proven, through a tough economic time, extreme resilience and focus on quality of client service, so we’ve been able to weather the storm very solidly. And, we’ve come out of this recent downturn in excellent shape.”

The group’s strengths also equal those of its parent company. “SunTrust’s stated mission is to help people and institutions prosper, so I would say that, first and foremost, resonates very loudly with our organization and client base. It’s a nationally organized, respected brand name, which I think is very important.”

He elaborates, reflecting on the company’s mission of client service. The company has a philosophy of being a “trusted advisor to our clients. I see that in SunTrust’s support of the equipment finance business, and we certainly make that a very important part of our go-to-market strategy in the equipment finance group.”

The equipment finance group houses the majority of its operations with sales at its headquarters in Towson, while also maintaining its sales team geographically across the country in the bank’s footprint partnering with SunTrust bankers to “position our products to clients,” Turner says. He adds that most of the team is co-located with other partners to position products effectively. There are also other sales reps outside of the bank footprint that direct call on various end-users in order to capture new equipment finance opportunities. The sales team is headed by Jim Jenkins, who was hired by SunTrust Equipment Finance in October 2010.

SunTrust Equipment Finance goes to market in four key ways, Turner says. It partners directly with bank clients, calls directly to end-users, and also does work with select vendor partners as well as third-party intermediaries in the syndication arena. But, Turners says, the group is truly generalists, working with a variety of industries and assets, with multiple ticket sizes depending on the clients’ needs.

Turner’s group, like many companies coming out of this downturn, has specific objectives it hopes to accomplish this year. He notes that first, the group is focusing on some things that aren’t unique to the industry but fit well with SunTrust’s corporate strategy. “We’re focusing on diversifying our balance sheet, optimizing our business mix and growing our market share — those are the three primary objectives this year for the equipment group.”

And those objectives can be met, in part, with the networking that can occur at industry association events. Throughout his career in the industry, Turner has been a member of the ELFA, now serving as chair of the Financial Institutions Business Council Steering Committee as well as being part of the Foundation’s Editorial Review board. Involved with the council now for a few years, Turner says the benefits of participating in the association are many.

“SunTrust is an active member, so we benefit from our employee engagement through training and industry information. The ELFA continues to be, in my view, the single biggest and best source for industry knowledge reporting and other insights. Advocacy in light of our current environment is very important, and we’ve participated as part of the Capital Connections event, for example, to position us with regard to changes that are always being discussed in the regulatory, legal and accounting environments.” He adds, “The industry offers the opportunity to very frequently engage with our partners, and we enjoy the opportunity to do that at various conferences throughout the year.”

The equipment and finance industry, like many others, has been through the ups and downs of the recent downturn, but Turner thinks that “the worst is behind us. I see in the market what I call a ‘cautious optimism.’ There’s this continued belief, and I believe it, that at some point, the need for new equipment will outweigh the corporate perceptions of political, regulatory and economic concerns, which are weighing heavy on our clients certainly and I think most folks out there.”

He continues, “At some point though, the growing cash in corporate coffers needs to be deployed to grow, and I’m seeing optimism that it’s coming. But, I still see a lot of cautious concern in talking to corporate executives and others that are concerned about making big bets or big investments in technology until they start to see some more consistency. I think however, in the numbers and stability of the markets, that the worst is behind us.”

He does concede that this year will be a growth year in the industry. “I don’t see the kind of numbers that tell me right now that a breakout is imminent — that big shift to growth mode. I think it’s going to continue to be a slow upward path over the rest of 2011.”

Will this slow growth mode affect how SunTrust does business this year? Back to its strategies, Turner feels that “with a slow recovery, companies like SunTrust that are positioned nationally is [a] good [thing], to not be heavily focused in any one niche market is good, to be thinking diligently about managing portfolio growth through diversification of assets and industries is good. We believe our approach to growth is one that doesn’t limit us to particular volatilities in any one segment — we’re very well positioned to take advantage of growth at any pace.”

Amanda L. Gutshall is the associate editor of the Monitor.