A Tale of Two Vendor Channels

by By Rita E. Garwood Vol. 48 No. 3 2021
This year’s ranking of the Monitor’s top 40 players in the vendor channel illustrates an almost even split in performance, with 19 respondents reporting net gains and 21 posting declines. With collective vendor channel originations of $39,958.8 million, the group performed better than many anticipated this time last year with a net decline of 3.2%.

In 2020, the results were almost split down the middle, with 19 companies posting a collective year-over-year gain of $2,375.6 million in vendor channel activity and 21 companies reporting declines totaling $3,698.4 million, resulting in a net decrease of $1,322.9 million. 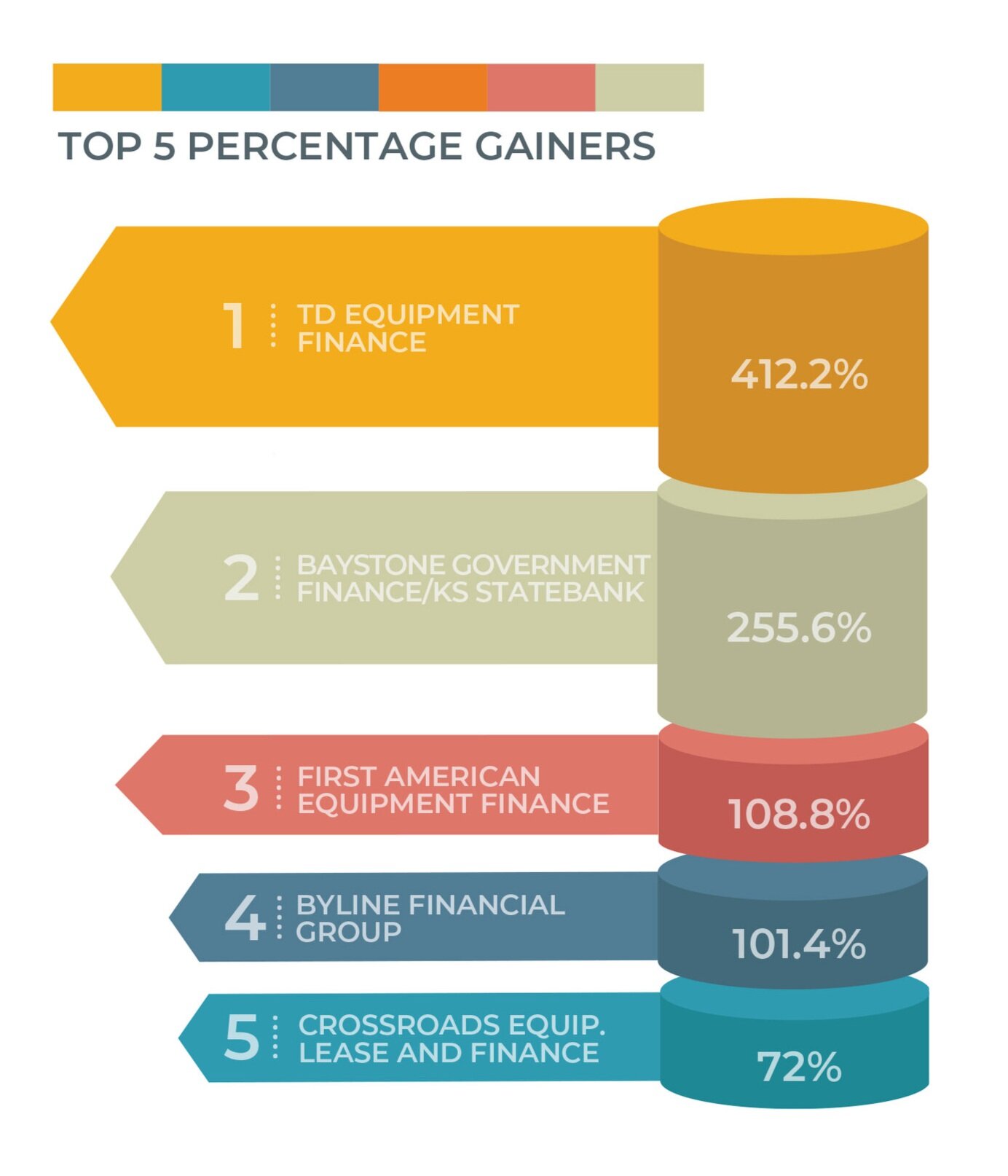 The prize for the highest dollar gain in the vendor channel goes to PNC for its increase of $765 million. The runner-up in dollar gain was DLL with $612 million. Bank of the West’s gain of $173 million was enough to propel the bank to No. 6 in the ranking from its previous No. 10 position. Similarly, Hitachi Capital America rose to No. 12 from No. 17 thanks to its $144.6 million gain. New to the ranking this year, No. 32-ranked TD Equipment Finance, No. 30-ranked Baystone Government Finance/KS State Bank and No. 22-ranked Trans Lease reported gains of $87.8 million, $84.1 million and $83.5 million, respectively.

• Lease Corporation of America, led by John B. Kemp, with $78.7 million

Ascentium Capital, which was acquired by Regions Bank, and BB&T Commercial Equipment Capital, which was acquired by TCF, left the ranking this year. Highland Capital and Eastern Funding also exited after shifting originations to the direct channel. Microfinancial/Timepayment, Amur Equipment Finance, Sterling National Bank, Webster Capital Finance and Oakmont Capital Services departed after opting out of this year’s survey. Stearns Bank, First Midwest and OnePlace Capital did not report enough vendor channel activity to be included in the top 40 this year.

Given the tumultuous year that 2020 was for everyone, the Monitor’s top 40 vendor channel players forged ahead during the worst days of the COVID-19 pandemic, with half reporting gains and half reporting declines for a total decrease of 3.2%. Looking back to this time last year, these results surely outperformed many expectations.

We thank the companies that participated in this year’s vendor ranking, as this annual event would not be possible without their cooperation. We also remind our readers that this is the last issues before our annual Monitor 100 list, which will be coming up next month.

The rankings and data in this report were derived from equipment finance companies, which provided information on funded 2020 volume from vendor- and/or dealer-related relationships to qualify for inclusion in the vendor channel rankings. Many Monitor 100 participants originate new business volume from more than one source, but this aspect of our annual rankings is unique to the vendor channel. 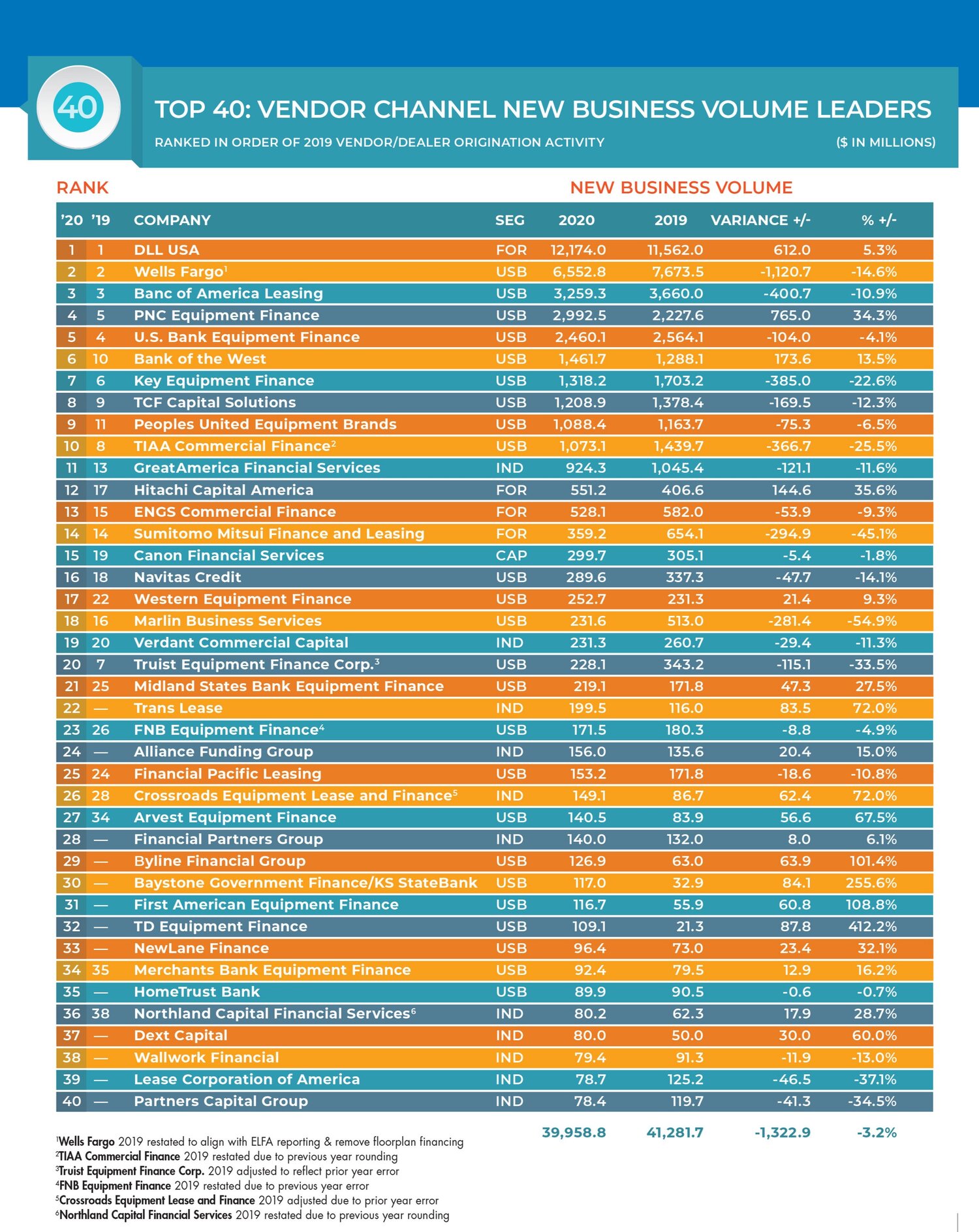