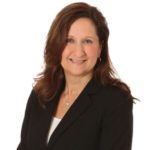 Roselle has built an environment of colleague empowerment and a “seat at the table” philosophy. She created a culture and communications committee that has grown to be a key component of the company’s employee experience. The all-volunteer team is supported by colleagues who rigorously work toward First American’s vision of becoming the best company for which to work. Beyond that, Roselle also formed the company’s diversity and inclusion team, another all-volunteer committee dedicated to educating staff, increasing recruitment of diverse colleagues and improving their experience once they join First American.

“Carol is an exceptional human resources leader,” Alan Sikora, CEO of First American, says. “In addition to her vital role on the leadership team at First American, she also leads our culture and communication team, which empowers colleagues to enhance the workplace at First American. The result is an engaged and passionate group of colleagues that work hard to delight clients each day.”

During Roselle’s tenure at First American, the company has focused on hiring and retaining top talent. It has grown from 100 colleagues in 2013 to the 271 colleagues it has today. While headcount and new business grow, loyalty remains strong. First American’s voluntary turnover is 3.51% compared with the banking/finance industry average of 18.6%.

Roselle is most proud of the listings First American has achieved during her tenure. First American has been recognized as a top workplace every year during her tenure, including ranking as the No. 1 Best Company to Work for in New York in 2018, 2019 and 2020 by Best Companies Group and the No. 1 Best U.S. Workplace in Finance and Insurance by Great Place to Work and FORTUNE Magazine.

In 2020, Roselle received nationwide recognition by earning a Leadership for All Award from Great Place to Work. Carol has been a finalist for First American’s highest honor, the Chairman’s Award, based on her character, integrity and leadership.