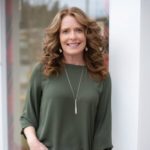 Kim Riggs’ career in the equipment leasing industry started in 1995 when she worked as a contract administrator for a small broker in the Seattle area. The owners of the company took notice of her skill at networking and began to work her into a commission program.

She brought in new business in an administrative role, but later it was her sister, Kami, who steered her toward business development at Quiktrak. There were even fewer women in the industry then. “It was Kami who showed me the ropes of the equipment leasing industry,” Riggs says. “Including the subtleties of conferencing and building relationships.”

Over the years, Riggs has worked for service providers and direct lenders. She loved business development but craved the interaction of a team and eventually offered her skills and experience to Orion First, which caught her eye as a leading full-service commercial loan and lease portfolio servicer.

As it turned out, Orion was aware of her as well. “Kim possesses an enviable combination of talents,” Quentin Cote, executive vice president at Orion, says. “She genuinely enjoys working closely with teammates and clients, is deeply interested in learning, and is doggedly determined to make progress on any challenge she faces. It makes her a creative, enjoyable and focused leader.”

When Riggs became Orion’s vice president of business development, she didn’t recognize her own accomplishment at first. “It wasn’t until my first board meeting at Orion. I was surrounded by a large number of very successful men in our industry, and I was one of only two women. I was very proud to be one of them.”

Being a woman in such a visible leadership role is for her both an honor and opportunity. Since she joined Orion two years ago, its team has more than doubled the number of women in its leadership — an impressive achievement in a still predominantly male industry.