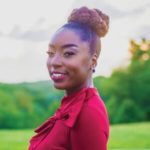 Lovern J. Gordon began her career as a temporary assistant for the front desk and contracts department at Boston Financial & Equity Corporation before transitioning to a national business development representative role in the company’s sales department. Within a year, she landed BFEC its largest venture capital-backed, equipment finance deal for that year. Gordon’s natural ability to connect with people at all different levels, her professional and pleasant manner, and her knack for delivering top-notch customer service is what she credits to landing that very first deal and all others over the years.

Gordon took a brief hiatus from the industry in 2001 to work behind the scenes of the news industry and rejoined BFEC in 2009. The following year, she won back-to-back local and national beauty pageant titles, which pushed her to advocate for a cause near and dear to her heart: domestic violence awareness. In 2011, she formed her non-profit, the Love Life Now Foundation (LLN).

Over the years, she has represented BFEC at various funding conferences and has been proud to engage many of her peers in the industry in conversation surrounding the LLN platform while discussing potential deals that may be a fit for BFEC. As a survivor herself, Gordon never imagined she would meet so many who also have been affected by domestic violence. To that end, speaking at one of NEFA’s Women in Leasing Lunches and at a fundraiser hosted for LLN by the NEFA about ending the domestic violence epidemic remain highlights.

In 2013, Gordon decided to dedicate her efforts full-time on LLN, but she still represents BFEC at funding conferences throughout the year. In addition, she also became a facilitator with the CLFP Foundation after becoming a CLFP in 2018.

“Lovern is unique and valuable. She came to BFEC 21 years ago as a temp worker in our contracts department. I knew immediately we did not want to lose her. Her personality, her energy and her work ethic came through immediately,” Deborah J. Monosson, president and CEO of Boston Finance & Equity Corporation, says. “To anyone that has met Lovern, you know she cannot be described in words. Her dedication to her foundation, Love Life Now, working with domestic abuse in and of itself tells you who Lovern is and why she is valuable and unique.”