by Amanda Koprowski October 2019
Innovation Finance may be a young company, but its effects on the equipment finance industry have already been felt, both through its deep bench of industry experience and its innovative software solutions. Mark Tomaselli, Monitor’s choice for its Disruptor Icon, embodies both aspects of the company.

Innovation Finance has only been in existence since 2017, but it’s already made a big splash, recruiting multiple equipment finance industry veterans into key executive roles and snagging a nomination for 2019’s “Best Tech Startup” from Tech in Motion.

And if “tech startup” doesn’t sound like something one would normally associate with an equipment finance company, that’s actually part of the reason Mark Tomaselli, president of Innovation Finance, was chosen as the winner of Monitor’s Disruptor Icon Award.

Tomaselli has firmly established himself in equipment finance, having spent ten years at First American Equipment Finance before decamping for Innovation. This not only gave him plenty of experience in the financial sector, but also with the legacy technology many companies had to retrofit as new platforms were developed.

But as a new company without existing infrastructure, Innovation allowed Tomaselli to start engineering solutions to financing problems from the ground up.

“We had to rethink how and when credit is performed, or credit underwriting is performed, of the legal aspects in the way we conduct business to ensure we still had the required level of trust and support from our lender partners while also delivering something flexible enough to have a single signature in three minutes,” he explains. “So, a lot of the technology isn’t necessarily as innovative as each aspect of the business model that we had to solve.”

Tomaselli’s background helped. He started out as a systems engineer and spent a number of years at IT companies before coming on board as chief information officer at First American. He 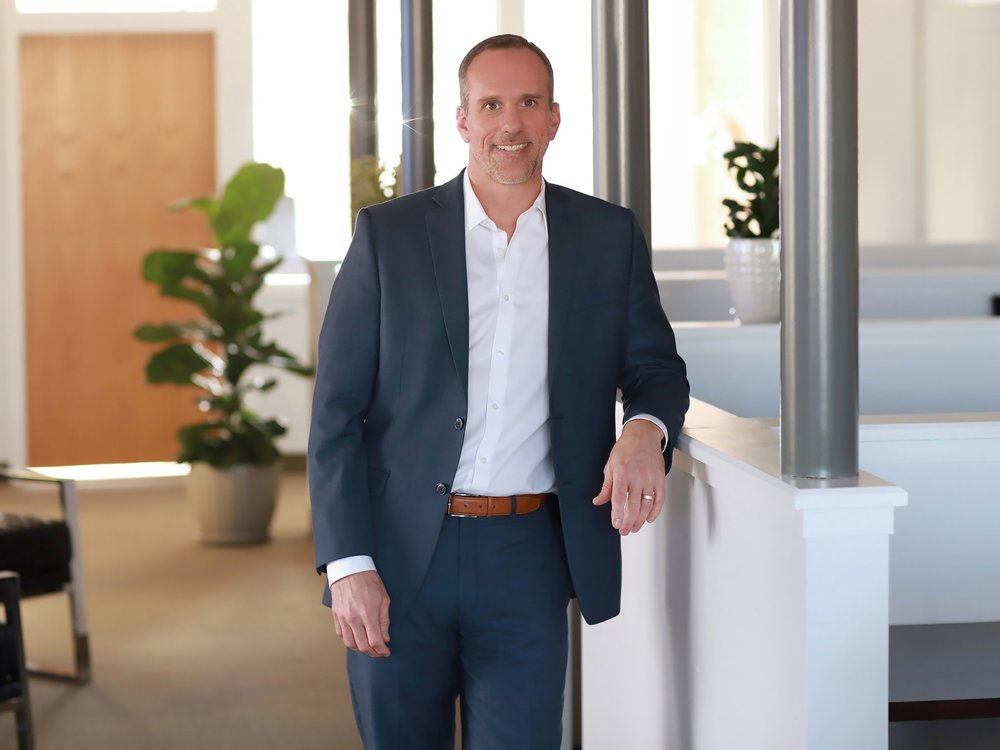 viewed the changeover to a management position in a financial company as less of culture shock than it seems.

A Shift in Thinking

It was that concept of every company being a tech company that started to develop into something more radical as Innovation got off the ground and started developing its signature platform, Quick Fi, something that, at its core, was primarily software, not a financial product.

“When we started Innovation, we imagined a new type of equipment finance business, one that was powered by exponential technologies such as artificial intelligence or biometric authentication,” Tomaselli says. “But it was in those early months that we realized we were really building a software company that happens to deliver finance as the solution.”

Recognizing you’ve been building something completely different to what you initially envisioned can be difficult. Tomaselli points out this has led to tension in other businesses; Uber, for example, could be defined as either an app developer that happens to deliver cabs to its customers or a cab company that developed an app, depending on who you speak to. Creating that shift from one kind of business to another requires getting the people at the company on board, something Tomaselli hasn’t ignored.

“When I think of the new, unconventional business model we’ve developed, and just how influential Mark was in both imagining and architecting it, ‘game-changer’ is absolutely a fitting title. Mark has helped our team resist the temptation to make marginal updates to processes and conventions that already exist,” says Nate Gibbons, Innovation’s chief operating officer. “Instead, he has challenged us to question everything, which has allowed us to completely re-imagine what’s possible.”

Thinking of what constitutes the possible and then scaling up even further is also very much within Tomaselli’s style as a leader, as Mike Ziegelmann, Innovation’s chief financial officer, explains: “One of the things that makes Mark a unique leader is his mindset, and that he seeks and champions things that are true game changers and transformative. He is not one to simply look for marginal improvement over the year before. His desired state is a step above simply successful.”

How to Solve Problems

However, Tomaselli himself doesn’t quite view his own approach that way.

“I was very flattered to be nominated as a disruptor, but it’s not really how I think about it day to day regarding what we’re doing. I’ve just always enjoyed solving problems,” he says.

But it’s the way he approaches problem-solving that helps his team follow his lead.

“[Mark’s] mind goes to ideas and solutions where the normal industry reaction is that it ‘can’t be done’, where ‘can’t’ simply means that’s not the way it’s done before,” says Ziegelmann. “He’s the type to constantly ask why — why do it that way if everyone else is already doing it, why can’t we be the first to do this, why not try something radically different?”

Gibbons adds, “Mark reminds us of the tremendous opportunity to create true value … partly by asking provocative questions about whether certain ideas truly add meaningful value to the customer, and whether a customer’s true pain points are consistent with those we perceive.”

Much of what Innovation has concentrated on so far have been the most immediate changes of the last few years, but how can the company innovate the next time around? For Tomaselli, it all comes back to the customer.

“I think that when you focus on prioritizing the needs and desires of the customer over the needs of the lenders, then you have a chance to really create amazing experiences,” he says. “I look at all of the current customer trends around transparency, mobility, reliability, trust and self-service … I think all of those trends are going to drive a significant transformation in the delivery [of finance]. It doesn’t need to be as complex as we’ve made it in the past.”

All that said, Tomaselli is aware of the risks of trying to predict the future, even as he and Innovation are in the midst of creating it. After all, for every VHS tape or iPod, there’s a Betamax or Zune luring in the background. But for Tomaselli, standing still may not be worse.

“Having spent my entire career in technology, I see the last several years as very reminiscent of the ‘90s, and all the changes during the initial internet and dot-com era,” he says “So I think when you see times of rapid technological advancement, those are the times when not doing anything proactive is potentially more risky than setting off to take advantage of those new technologies.”

He also has some unusual advice for anyone else looking to be the next big disruptor in the industry: burn your bridges.

“It’s easy to think that all of your past experiences are your strengths,” he says. “But more often, they cloud your vision of what’s possible. All of those legacy experiences and thinking are really difficult to let go of, which is why I think it’s so common to see disruption come in from outside of a particular industry. You don’t carry the mental limitations of what possibly can’t be done because of the way that it’s always been done. So … burn your bridges to the past.

“I think if you’re unwilling to fail, then you’re likely never going to create anything meaningfully different. We certainly don’t have all the answers, but I really trust and believe in the team that we can learn and adapt quickly, and that brings a certain level of comfort as we’re working through new challenges that have yet to be solved.”

The Pioneer
The Veteran
The Current Leader
The Next Generation Leader