When Monitor’s editorial board sat down to select the very first winner of the Current Leader Monitor Icon award, Terey Jennings, president of Financial Pacific Leasing, was a natural choice as he exemplifies the primary traits of this award: the ability to motivate and inspire people and use creativity, knowledge and influence to take their companies to the next level.

Jennings has spent most of his professional experience with Financial Pacific, where he launched his career in 1986 after graduating from Pacific Lutheran University in Tacoma, WA, and — apart from a three-year stint — has remained ever since.

Building Relationships for the Long Haul

“When I took the position of a business relationship manager, Terey taught me that the relationship was the most important part of the title,” says Laura Carini, CLFP, SVP, Operations at Financial Pacific. “If the news was bad or good, it should be delivered on a personal level — our partners deserved it. He always said, ‘call them so they know you are taking the time because you care if having to tell them something bad, and if delivering good news, call them to share in the celebration.’ Doing the right thing always comes naturally for Terey, even if it isn’t the easiest way.

“Over the years he has added more friends and business relationships than I can count and is well known and respected in the leasing industry — but he never forgets about the ones who were alongside him when it all began,” Carini continues. “He truly embraces what Ralph Waldo Emerson once said: ‘Make new friends, but don’t forget the old, one is silver, the other is gold.’”

Jennings says these enduring relationships are a big part of his organization’s culture as well: “Financial Pacific has always been a great place to work. I’m not the only long timer here. Every month we’re celebrating co-workers’ 20+ year anniversaries, and in the last few years, we’re now having retirements after 20 or 30 years at FinPac. It’s the people I work with and the partners we do business with that make the difference.” 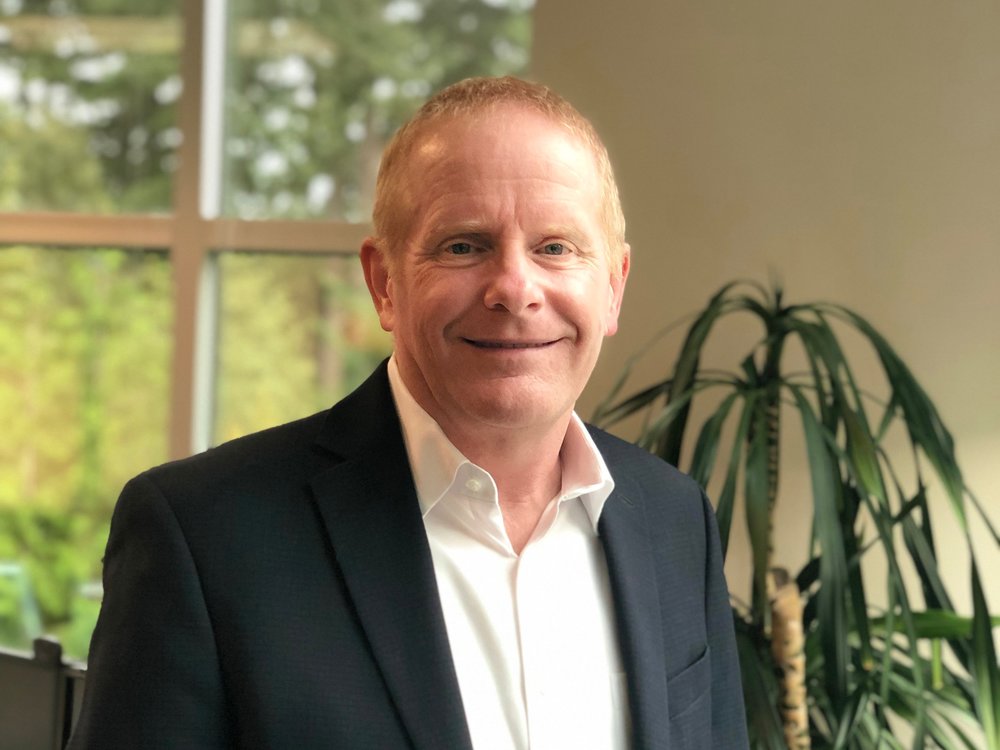 Creating a Culture of Inspiration

Jenning’s focus on relationships extends beyond Financial Pacific’s customer base to his colleagues. Like many of the people who have worked alongside him, Carini notes his “quiet and humble” approach to leadership. “All the employees like him, but more importantly, they respect him for his dedication to Financial Pacific,” she says.

Allen Snelling, EVP, Umpqua Bank Vendor Finance, echoes that sentiment: “Terey is one of the most humble, ethical and balanced leaders that I’ve seen in this industry. He puts culture at the top of the list and always has led with a very steady hand. His collaborative approach that provides a healthy balance of both autonomy and guidance has been a very comfortable and productive experience.”

Reid Raykovich, CLFP, executive director of the Certified Lease & Finance Professional Foundation who served as a Broker Relationship Manager at Financial Pacific Leasing under Jennings, adds: “Terey is a man of few words, but full of wisdom, kindness, respect and support. When I worked for him, I knew that he supported me and all my efforts and, most importantly, wanted me to succeed. I’ve never had a mentor/manager/boss who believed in me as much as he did, and he showed it by allowing me to learn from my failures and celebrate in my successes.”

Raykovich shares a story to illustrate Jenning’s supportive nature: “I was an employee of his who handled the East Coast territory, so I arrived early into work every day, before most anyone else in the office. When I became pregnant, I suffered from hyperemesis gravidarum (extreme sickness) and had a horrible pregnancy. For my first time ever, I was late to our sales meeting because I was sleeping, curled up in my car because I felt so awful. After the meeting, I went into his office and told him that I was pregnant. The first thing he asked me was, ‘May I hug you?’ and then he said, ‘You are going to be a great mother.’ I don’t think anyone in his position could have handled it any better.”

Carini adds that Jennings’ commitment to Financial Pacific’s culture has been “unwavering while navigating and embracing the changes in ownership.” When Umpqua Bank acquired Financial Pacific six years ago, Carini says Jennings “worked diligently to merge the values” of the two organizations to “ensure the continuation of the culture that has defined Financial Pacific.”

Keeping with the strong relationship theme, Jennings says Umpqua Bank worked with Financial Pacific prior to the acquisition. “They had a need to expand their capacity within the equipment financing area,” he says. “One thing led to another and they purchased us, and we’ve seen tremendous growth since we’ve been part of the bank. We’ve gone from $250 million in assets to $1.5 billion in assets in the last six years.”

Snelling, who leads Umpqua Bank Vendor Finance says, “Terey’s leadership and support developing and launching our de novo Vendor Finance group was critical to our success and was one of the most unique experiences I’ve had in this industry.”

Umpqua Bank promoted Jennings to president of Financial Pacific earlier this year. When asked about his plan to lead the company, Jennings says he intends to keep the momentum going. “FinPac has been fortunate to have great leaders during my tenure at the company, from Doug Erwin to David Schaefer to Dale Winter and then Paul Menzel. They have all led the company to success and have been great mentors to me and a host of others. They have all had different styles but have all continued the FinPac way of serving our customers. That’s a great blueprint to follow.”

Jennings says Financial Pacific’s management team has always made informed decisions to drive the company, which he plans to continue. “This is a style that fits well with my personality,” he says. “Our team has a good mix of internal history [and] outside industry experience, plus a ton of data to help guide us on best practices to grow and meet the needs of our customers. I’ve always thought we are a conservative company that likes to take risk.”

Over the years, Financial Pacific has been known as a third-party origination channel lender that has a wide credit window, capable of handling A, B and C credits. Jennings explains that this risk is always well thought out and based on a strong history of data and underwriting, which helps to mitigate fear of risk. “Our history of operating this way has made it easy for our staff and customers to join in and always take us to that next level,” he says.

Jennings has a few pieces of advice for emerging leaders. First, always do business the right way to serve your company and your customers. Second, don’t be afraid to step out and try something new or different as a person or as a company. “I can look back at my career at the many times when I’ve stepped out of my comfort zone and it’s always led to something positive that I can build upon. We all need to continue to evolve to be successful and grow as leaders.”

And finally, speak up! “At different times in my career, I’ve noticed something that should be said or done. The easy path would be to just stay quiet, keep on doing what you’re doing and avoid making any waves, but the right path is to address it, bring it up, provide some input and see where that goes. I try to take that path as much as possible when I feel strongly about something and that almost always leads to positive results.”

The Pioneer
The Veteran
The Disruptor
The Next Generation Leader