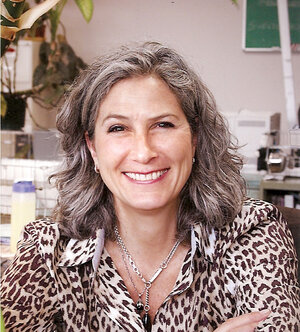 Though her father founded the company, Deb Monosson traveled an unconventional path to her current position at Boston Financial and Equity. Hired as a salesperson in 1989 just after she received her MBA, Monosson had worked in the stock brokerage industry for 6 years prior and struggled through three additional jobs before that.

The greatest challenge she faced initially, was living up to her father’s standards. As both her parent and manager, he demanded more from her than anyone else. But Monosson’s diligence and commitment to the company resulted in her becoming marketing manager and ultimately president in 2001. The decision to accept that top leadership role was a difficult one, as it impacted her life overall as well as her relationship with colleagues. The greatest challenge Monosson faced was navigating the move from being an equal to the boss overnight.

This transition was made easier by Monosson’s affiliation with both national and local associations. She was active in what was then the EAEL board, ELFA committees and board, the local ACG board, the TMA, the MIT Enterprise forum and the CFA committee and board. The professional and personal friendships fostered through these various associations were instrumental in helping Monosson grow as a leader and continue to be an important element in BFEC’s development.

After 18 years at the helm, Monosson takes the most pride in maintaining the same professional team. She strongly believes that they truly run the company, with their knowledge and expertise. She knows her father would be proud!

Commenting on where she sees the industry headed, Monosson reflects, “When I attended my first ELFA meeting, there were just a handful of women, so there has definitely been a positive trend. Also, I think that 20+ years ago, women tended to enter banking and finance at traditional entry-level jobs while men entered at higher positions. That, I think, has changed.”