On February 28, Prudential Capital Group, an investment business of Prudential Financial, completed its acquisition of General Motors Acceptance Corporation’s Equipment Finance Division. The acquisition allowed Prudential Capital to enter an asset class that it had identified as a target for growth. Prudential instantly became a force in equipment finance and leasing. 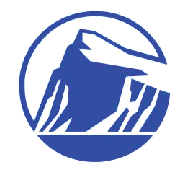 About the Transaction
This transaction allowed GMAC to harvest the value of a business that did not fit the goals of its new majority shareholder, Cerberus Capital Management, L.P. “This transaction generated a positive outcome for all parties. GMAC achieved a clean exit from the equipment finance business. Prudential entered a new business segment that was a high strategic priority. And the employees of GMAC’s Atlanta-based Equipment Finance Division joined a strong firm that is committed to their business,” explains Christopher Gillock, managing director of Colonnade Advisors LLC. Colonnade served as exclusive financial advisor to GMAC’s Commercial Finance group in the sale of the Equipment Finance Division to Prudential Capital Group.

Colonnade Advisors is a Chicago-based boutique investment bank, focused on mergers and acquisition advisory services and strategic financial advisory services. The firm has special expertise in the commercial and consumer finance sectors.

Following a strategic review of its businesses in the second half of 2006, GMAC’s Commercial Finance group decided to focus on its core businesses and exit the equipment finance industry. GMAC hired Colonnade to explore strategic options for the business in October 2006. GMAC’s timeframe for completing the divestiture was short. GMAC wanted a letter of intent signed by the end of 2006. Colonnade first approached prospective buyers in late October and drove the sale process aggressively. GMAC and Prudential signed the letter of intent outlining the terms of the transaction in mid-December.

“A wide range of investors showed interest in GMAC’s Equipment Finance Division. We evaluated several different transaction structures and valuation approaches. We were very pleased that so many parties participated in our process and accommodated the tight timeframe,” says Gillock. “Prudential’s bid offered the best combination of value and structure for GMAC.”

GMAC sold a $607 million portfolio of secured loans and leases to Prudential. The financial details of the transaction were not disclosed.

According to Allen Weaver, senior managing director and head of Prudential Capital Group, “Prudential Capital Group is actively looking to expand its investment platform and is committed to identifying attractive spread-lending businesses where customers value relationships and a consistent investment approach. This transaction gives our investors access to the attractive commercial asset finance market with a seasoned management team.”

Robert Derrick, managing director of Prudential Capital Group’s Atlanta office adds, “We are delighted to have the opportunity to hire GMAC Commercial Finance’s Equipment Finance team, which focuses on helping clients finance a broad array of large-ticket commercial assets. Their relationship-focused approach builds on and complements our own approach.”

The newly established Prudential Capital CAF is one of the most significant recent entries in the equipment finance and leasing industry. Prudential is the second major insurance firm to enter the commercial asset finance market in recent years. American International Group, Inc. (AIG) launched AIG Commercial Equipment Finance, Inc. in late 2004, hiring a team of seasoned executives from Transamerica Equipment Financial Services to lead the start-up operation. This team of executives became available when GE Capital purchased Transamerica’s commercial finance operations in 2004. AIG Commercial Equipment Finance has grown rapidly into a significant participant in the equipment finance and leasing sector.

Institutional investors in corporate debt have noticed that structured equipment finance firms can often obtain better yields than those available to long-term debt investors without taking on significantly greater credit risk. This feature of the equipment finance and leasing market is attracting increased levels of interest from firms that are not current participants in the sector.

“It is not easy for a major investor to find a significant, viable platform in the equipment finance and leasing industry,” notes Gillock. “GMAC Commercial Finance’s Equipment Finance Division was a business that had achieved some critical mass, in spite of the headwinds created by the rating agency downgrades of GM and GMAC’s debt obligations. The combination of a significant portfolio and an experienced team was very attractive to a new industry player like Prudential. GMAC’s Equipment Finance Division is one of the larger big-ticket equipment finance operations to sell in the past several years.”

About the Parties
Prudential Capital is likely to become a major participant in the structured commercial finance industry in the next few years. “It is good for the equipment finance and leasing industry when a firm such as Prudential enters the market,” says Gillock. “These new entrants offset some of the consolidation activity that has been in progress over the past several years, which keeps the big players on their toes and offers career options to industry professionals.”

Prudential Capital has been a provider of private capital for more than 60 years, investing in private debt and equity securities on a global basis. The group managed a portfolio of debt and equity securities totaling $39 billion as of December 31, 2006. Prudential Capital originated $6.9 billion of transactions during 2006, and has the appetite to invest more than $8 billion in 2007. Prudential Capital is part of Prudential Financial, Inc., a financial services firm with approximately $616 billion of assets under management and $2.1 trillion of life insurance in force as of December 31, 2006.

General Motors Acceptance Corporation is a global financial services company, which maintains a diversified portfolio of business operations, including automotive and commercial finance, dealer and personal line insurance and real estate finance. The company holds more than $300 billion in assets. GMAC was established as a wholly owned subsidiary by General Motors Corporation (GM) in 1919, and currently operates in approximately 40 countries. GM recently sold a controlling interest in GMAC of 51% to a consortium of investors led by Cerberus Capital Management, L.P.