by David D’Antonio October 2009
Where we are today? In finance circles it is a story of the have-nots and have-nots. As we surveyed the marketplace to find out who is lending to leasing companies or investing in lessors, we had a difficult time determining who’s doing what these days.

Over the last 18 months, the industry has experienced the most severe downturn in almost every measurable category, from originations, delinquency, performance and, most importantly, debt liquidity. Diversity Capital LLC has been arranging debt facilities for clients, both inside the leasing industry and for other lenders in the specialty finance markets for over ten years. In our opinion, we have not experienced the broad, sharp decline in the number of lenders and amount of liquidity available in our history or when we were commercial bankers at CoreStates Bank.

The scale and impact of the decline of funding has severely impacted some of the largest and strongest lessors and commercial finance companies. Based on what we have experienced, we think some of the causes of the lack of liquidity pertaining to the leasing industry, is self-inflicted due to losses that lenders have experienced from fraud, poor performance and weak capital structures. Recently, the industry suffered from the failure of Pentech Financial, IFC Credit and Triad Financial. Some of these failures are due to misrepresentations and other forms of poor management.

This combined with the weak overall economy and loss in other forms of asset-based lending has resulted in many banks exiting the leasing business. Banks have failed or merged, resulting in leasing being eliminated or consolidated with the new institutions. In some cases, leasing has become a problem asset, with the level of loss unacceptable to management. Recently, OFC Capital and Evans Bank have exited the business due to the parent companies’ reorientation and redirection of banking direction.

The merger of banks in this economy and the other macro factors affecting financial institutions resulted in fewer banks with expertise and knowledge of commercial leasing. Specialized lenders to the leasing industry in the senior debt area have almost completely disappeared, with less than two to three lenders with any expertise. The remaining lenders are providing facilities for the “top tier” lessors, with requirements such as large equity positions, low leverage and excellent performance in their portfolios. In effect, only very large and strong lessors have a chance at receiving a revolving credit or term recourse loan facility.

Other factors that have impacted lessors include the virtual shutdown of the term securitization markets. Large independent originators such as Marlin, Great America and CIT have relied on the term markets to empty out their warehouse commercial paper (CP) facilities. These providers of commercial paper have been hurt by the lack of liquidity, and the performance of other financial asset classes. Recently, many of these providers have exited the market or have stopped lending. For example, West LB Bank and DZ Bank have notified their clients of their exit from leasing by not renewing various facilities. These types of actions have been common at a number of other CP providers with the non-renewal of credit, or non-consideration of any new facilities.

Most of the commercial paper providers have been forced to use on-balance sheet funding, resulting in higher costs and lower levels of credit available to the markets as banks re-evaluate the risk and return characteristics of providing CP facilities to specialty finance companies. The big commercial banks have, in effect, discontinued any lending until the capital markets settle down and they are able to satisfy regulators that they have enough capital to operate.

The equipment leasing markets have never been very large in the capital markets and thus the industry has not had deep coverage from analysts and other capital markets specialists such as insurance companies. For the past couple of years, MBIA, FSA and other insurance providers that in the past would provide the “insurance wrap,” which made facilities and term loans qualify for a AAA rating, have left the market. Other analysts, such as those that cover the public markets, have disappeared along with the public leasing companies. Banks that provided commercial paper and term securitization expertise have redirected resources and effectively exited this specialized niche. The traditional debt warehouse providers including National City, Bank of America, BMO and other national banks, have also merged or discontinued lending to commercial finance companies. The lack of liquidity has resulted in near stagnation in the current environment, with many lessors left to work with smaller local banks or investors.

Broker-originated paper faces the same funding constraints as lessors. Many of the large leasing companies experiencing pressure on funding have cut off broker funding availability, resulting in a industry-wide contraction. In most cases, if the credit is not of the highest rating, it is almost impossible to find a willing lender to consider approving any structure. The broker model will be very difficult to maintain unless the originator has very strong credit, vendor programs with excellent collateral and some level of vendor support. Except for a few strong broker/lessors, much of the broker industry will not survive in the near term, with the banks and larger lessors filling this void.

Lessors that depended on warehouse loans and the limited recourse markets will have to develop relationships with local banks and larger commercial finance companies that understand and want to develop a relationship with these companies. The limited recourse markets that provide service retained, first loss facilities have also shut down, with almost no funding from any source available. Many of the providers have been impacted by the credit crisis and are in an amortization mode, collecting out the portfolios and, in some cases, providing some liquidity to existing clients. Many banks that provided these services, such as Lakeland Bank, have decided to leave the industry both in the direct and limited recourse markets, selling their exposure or allowing the loans to mature.

Where do we go from here? The landscape is going to change dramatically with most subprime, high-yield lease originators unable to fund portfolios. Senior lenders that provide liquidity will demand significantly higher pricing and stringent terms. In the end, only the largest and strongest will have access to wholesale debt liquidity. In the interim, the leasing industry can expect that only the best credit with high rates will be funded by the top tier banks. The other end of the spectrum, the hedge funds and high-yield buyers of debt, will fill the funding void primarily serving distress situations and receiving large returns. Unfortunately, the middle of the spectrum of credit will have difficulty finding a funding home.

The industry will change, and will be governed by financially stronger companies. The banks will dominate the leasing industry, providing credit to the best credits at higher rates. Vendors will have to adapt if they want funding. No longer will vendors receive low rates, no recourse and immediate approvals. The credit spectrum has changed and become more rational. Application-only and minimal credit information will be limited to the best and strongest. The leasing industry will be dominated by banks and those companies with the largest capital base. 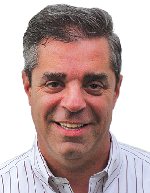 David D’Antonio is managing director and founder of Diversity Capital LLC (www.divcapital.com). He is in charge of marketing and Diversity’s overall corporate strategy. Prior to forming the Cinnaminson, NJ-based company, D’Antonio was a director at First Union Capital Markets and a SVP at CoreStates Bank N.A., where he was responsible for the management and development of the Lease Finance Group. During October 2001, D’Antonio completed a four-year assignment on the board of directors of the ELFA, and was involved in a number of finance industry groups at the most senior levels. He also recently wrote a number of articles about liquidity and leasing in The Equipment Finance Journal and the Monitor. D’Antonio graduated cum laude from LaSalle University in Philadelphia (B.S./Finance) and Drexel University (M.B.A./Finance). He can be reached at 856.303.8100 or ddantonio@divcapital.com.