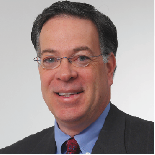 Mark Merkel didn’t just climb the company ladder at Wells Fargo Financial Leasing — he scaled it. Merkel’s path to the presidency of the unit is the kind of story parents tell their children for inspiration: apply yourself, take pride in what you do and anything is possible.

It happened like this: After earning his bachelor’s degree in finance from Drake University in 1983, Merkel went to work at Wells Fargo as a 23-year-old credit analyst in the leasing unit.

By 26, when most kids his age were still figuring out what they wanted to do with their lives, Merkel had been named vice president and was put in charge of an entire region. Three years later, before the age of 30, he was named senior vice president of Wells Fargo Financial Leasing’s medical group, a role he held from 1989 to 1998.

At a time when many of his professional colleagues were old enough to be his father, Merkel was quickly distinguishing himself as a gifted leader and a savvy financier. It’s a reputation that would serve him well for the next ten years.

After a short stint as president of Wells Fargo Financial Preferred Capital, Merkel was named to head Financial Leasing in 1999. It’s a position he holds to this day.

Financial Leasing is one of two units within Wells Fargo that offer equipment financing. The other is Wells Fargo Equipment Finance, which is headquartered in Minneapolis and is located within the bank structure. Both units make regular appearances on the Monitor 100.

Wells Fargo Financial Leasing focuses on a wide variety of industries including office automation, technology, vendor and direct agriculture, and the golf and turf industry. This generalist approach has enabled the company to post consistent gains.

Financial Leasing dropped one space on the Monitor 100 this year, moving to #35 from #34, but if the company’s numbers are any indication, this says more about the highly competitive nature of the industry than anything else.

For Merkel, breaking the $2 billion mark is noteworthy, but he says what’s really impressive is how it was done.

“When I came on as president in 1999, we had about $400 million in outstandings,” he says. “Do the math until today and this represents an annual growth rate of 30% per year for each of the past seven years. I think that’s really the accomplishment we take pride in. Two billion is an impressive number, but when you consider growing your business consistently at those kinds of levels, that’s an accomplishment.”

Merkel attributes this growth to keeping customers satisfied and pursuing new opportunities by understanding the needs of each specific market the company enters. A champion of customer service, once entrenched, Financial Leasing surveys its dealers semi-annually to find out just how well it’s doing its job. Merkel says some portion of every employee’s compensation is tied directly to customer satisfaction.

It’s not surprising, then, that as a leader Merkel ranks having the right people at the top of his list of vital assets. 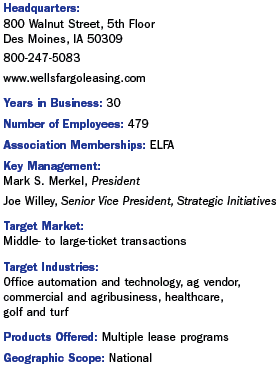 “My philosophy is pretty simple — it starts with people and it ends with people — if you have good people you have everything,” he says. “We focus heavily on attracting, hiring and retaining good people.”

He applies the same principle in his approach to the market, where he says maintaining an emphasis on critical foresight ensures the company is always seeking quality in deals, not just quantity.

“We carefully select markets and we don’t try to be everything to everyone,” he explains. “That’s really a difficult concept to keep straight but it’s a simple philosophy — it’s easy to pursue every deal, it’s a little more challenging to figure out the right deal to pursue.”

Merkel says the two main challenges facing the industry in 2007 are interrelated: margin compression and competition. While that’s no surprise — and in fact both are regularly cited as primary industry concerns — Merkel maintains a rigid belief in the essentially soundness of the marketplace, and in fact sees competition for its positive aspects. In his opinion, it’s not competition that kills companies, but the way they react to it.

“Competition is the main cause of margin compression but ultimately this competition can be very good for end-users,” he says. “However, competition that forces businesses into irrational behaviors simply to hold or maintain market shares will ultimately cause businesses to fail.”

According to Merkel it’s easy for a dealer or finance company to undercut competitors by dropping rates and prices, but in the long run, the market doesn’t react kindly to manipulation.

“Ultimately pricing has to come back and meet the market,” he says “If not, they will either successfully have cornered the market or have failed. In 24 years, I haven’t seen anybody corner the market, but unfortunately I’ve seen numerous companies fail.”

Successful companies, he says, are constantly evaluating the movement of the market. “What that means for us is we need to look at what’s going on with our competition; every day we have to go out there and decide what’s driving people to behave the way they are behaving.

“So what we have to be aware of is where are our capacities, what can we do to streamline our business, and how do we deliver the most effective and efficient product that meets our customers’ demand at the best price possible in the marketplace?”